So I send this article http://www.nytimes.com/2012/10/16/technology/blackberry-becomes-a-source-of-shame-for-users.html to a friend I know likes their blackberry and got this funny response:

That is a terribly biased article probably written by someone from the "Apple we are the Rulers of the Brainwashed Universe Organisation" and come on the Blackberry is a good phone and direct message/e-mail option with a typing device without all the unecessary time wasting colorful superficial distractions attached to it.

People are so egocentric and afraid of not having what every one else has these days everyone has been convinced they must have a phone with a touch screen so they can look and behave like everyone else, it is beyond laughable. Not to mention peoples current insecurities are so heightened these days that they can not even manage to be seen in public with out clutching their most up to date version of the latest touch-screen-comforter-blanket-device for fear that they will be ridiculed by someone with a more recent PHONE, OMG!

I will continue to be proud to pull out my simple Blackberry device over all the page flicking, stupid touch screen, pointless App obsessed, incredibly expensive i-must-have-devices.

Fricking Hell people are so SHALLOW and operate under such a unified SHEEP MENTALITY which is seemingly only getting worse as the consumerist frenzied marketing VIRUS continues to INFECT the whole abominably unintelligent portion of the POPULATION.

Hat tip to Money Morning Australia for drawing my attention to the British Geological Survey's supply risk index in an article about graphite. I wasn't interesting in the graphite story - my eye was immediately drawn to the #2 ranking of tungsten in the table below. 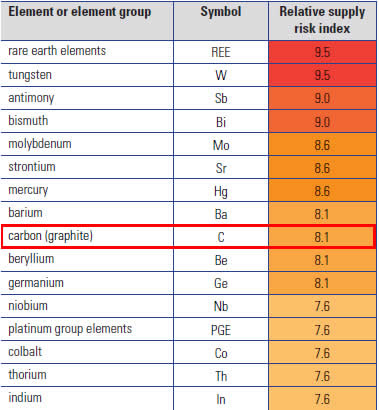 With gold becoming increasingly popular, risk of supply problems with the key input to fake gold bars I'm sure is a top concern for fraudsters around the world (and New York in particular). Let us also not forget central bankers, who we can be sure are also concerned about any potential restriction on their ability to make fake 400oz bars to replace all the real gold that has been leased/sold.
Interestingly, the BGS note that "84% of the world's tungsten is currently sourced from China", with China also being the top reserve holder of tungsten as well. So not only is the US exposed to China holding all its debt, it is also at their mercy as to fake tungsten bar supply.
While I'm being silly, it seems appropriate to discuss the silver:gold ratio. This topic attracts a lot of stupidity along the lines of "the silver:gold ratio should be X because of Y and therefore silver is going to the moon". Often the "because of Y" uses some sort of supply metric or that some King thousands of years ago set the ratio at 10:1. Curiously, the so derived ratio is always lower than the current ratio.
One of the BGS' criteria for determining supply risk is Scarcity and they provide a handy table of each elements global scarcity. Silver is 0.055 parts per million while gold is 0.0013ppm. Hmm, that is a ratio of 42.3:1.
Anyway, this whole line of argument is shortsighted to start with as scarcity is not the only driver of price, as something can be really scarce but if no one wants it, it ain't worth anything - as Kid Dynamite covered in this post.
Posted by Bron Suchecki at 14:50 5 comments:

Did an interview yesterday with Al Korelin on China. I don't have much time to listen to podcasts, but Al's is on my daily download list. Also, unusual for websites these days, his readership and comments are free from trolls and other idiots and you will usually find some insightful remarks. Worth adding to your RSS feeds.
Posted by Bron Suchecki at 07:30 No comments: